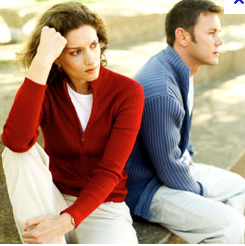 Have you ever been happily going about your day, when all of a sudden you are unknowingly triggered by something and you quickly become enraged or saddened or anxious or hopeless or… Emotional triggers can come in the form of individual people, noises, smells, images, sensations, dates, weather conditions, tone of voice, and any combination thereof. While triggers come in many forms (too numerous to mention), it is our response that categorizes a certain stimulus as a trigger.

In this blog series I will focus on triggers that affect us in an adverse way. In these cases our emotional reaction or behavioral response can appear unrelated, or mismatched in intensity, to the stimulus. When we are triggered, we often erroneously believe that there is only one way to respond to the situation. We also may have no clue that we’ve even been triggered.

Why do we respond in this reactive way?
The reason for this strong response is the stimulus is evoking a memory (either consciously or unconsciously) of a past situation, trauma or event that threatened our safety or security in some way. This memory can be perceived as a physical or a psychological threat; such as a tone of voice that reminds us of a parent’s harsh disciplining; or a lover whose far-away look reminds us of our mother who was unavailable owing to depression. While the current situation or stimulus might appear benign, underneath we are having an intense reaction because it is touching on something sensitive from our history.

It can be hard to work with our triggers because we often don’t have a clue that we are responding in a triggered way. It can feel like we are simply responding to the current event without any recognition that this is touching on a memory. For example, Sarah becomes distressed because her boyfriend is not texting her back and he didn’t call last night like he usually does. Sarah begins to panic and then becomes outraged at his lack of response. She imagines the worst – that he is done with the relationship. This thought grips her as a very real possibility, even while she is unaware that these are the exact same feeling she had when her father left her at the age of 12. When the trigger leads her into these highly activated emotional states, e.g. panic and rage, she loses the ability to entertain a myriad of other possibilities. If she remains in this activated state, other possibilities for his behavior can seem more and more remote. The distress takes over, leaving her less able to access other considerations, such as he may have been exhausted the night before, or perhaps his text didn’t go through, or any number of other possibilities. At the same time, there is no awareness that her fear is colored by her past experience of loss and abandonment.

When the trigger evokes a feeling or state of mind similar to a past memory, it often does not feel like a memory; rather it feels like we are simply responding to what is going on. For example, a tall dark man smiles openly at a woman who has been raped in the past. This man, who she’s never met, has certain features that remind her of her rapist. She gets a sickening feeling inside and gives him a smirk, writing him off as a ‘player’. She may not even consciously think of the rapist; she feels her response to him is a “gut reaction,” seeing him for who he really is. Meanwhile this gentlemen thinks she is ‘stuck-up’ because he was being authentically warm towards her because she reminded him of his daughter in law who he cares for very much. In this particular instance his appearance acts like a trigger, that unknowingly evokes a specific response in this woman. You can see from this example how triggers can lead us to behave in misguided ways.

It can be helpful to understand some of the neurobiological underpinnings of triggers in order to make sense of what, at first glance, can look like an irrational responses. There are powerful forces at work, which might not be evident at first glance. Next week we will take a brief look at the neurobiology of being triggered.